The event was attended by a number of Waynesburg University students, which included both science and non-science related majors, as well as faculty members.

Dr. Hipps’ lecture, “Chemistry: One Molecule at a Time,” explained his work with Scanning Tunneling Microscopy, a method used to look at very small surface features.

“Dr. Hipps uses the technique to carry out chemical analysis at the surface [because] it is very hard to ‘see’ individual atoms and molecules,” Dr. Evonne Baldauff, chair of the Department of Chemistry and Forensic Science, explained. “His work is very important because it helps scientists to begin to understand more how individual molecules behave.”

In addition to explaining what Scanning Tunneling Microscopy is and what it can be used for, Dr. Hipps discussed other methods for performing the same work.

“Dr. Hipps briefly discussed that chemists are developing new methods in which not just solid materials but solutions can be investigated,” Dr. Baldauff said.

During his lecture, he also shared how his journey to becoming a prominent chemist was not “typical.”

“He actually thought he was going to be a journalist before switching to pre-veterinary studies and finally found his interest in chemistry. From there he went on to pursue graduate school,” Dr. Baldauff explained.

Dr. Hipps was also chosen because of his success and prominence in his field of work.

He has won multitude awards from the American Chemical Society, Washington State University and other prestigious groups, and has acquired funding from the National Science Foundation as well.

“The opportunity to hear [Dr. Hipps] speak was something I could not pass up, especially as a major in biochemistry,” Andrew Gordon, sophomore biochemistry major, said.  “Furthermore, I had the opportunity to talk to Dr. Hipps after his lecture regarding his own research experience, as well as a little bit about what I could expect from a graduate school such as Washington State University. The ability to forge a new connection was more than sufficient to convince me to attend the lecture event.” 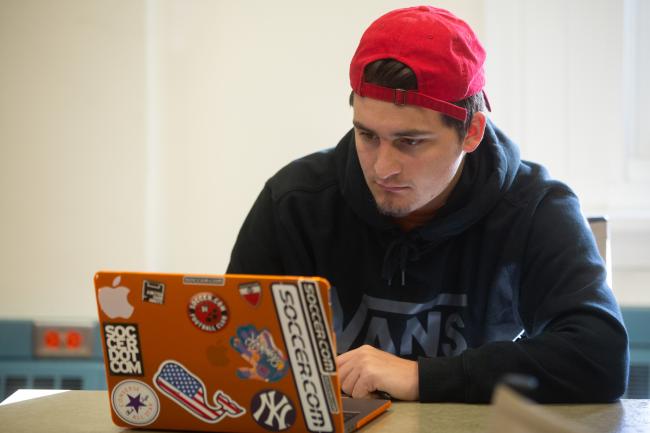 eHIVE hosts third annual “Something From Nothing” challenge