Harry Oakes sat in front of a table meticulously placing legos, arranging their placement just so. Without drawing a breath, he quickly stepped back, took a picture, and moved them ever so slightly once again.

Throughout his childhood and into his adolescence, Oakes grew up making stop motion videos and taking creative pictures.

After becoming a Boy Scout at the age of 10, he often brought a point-and-shoot camera to capture the beauty and adventures of wilderness retreats.

“As a scout, I developed a passion for taking pictures when I was on trips,” he said.

Years passed, and he further grew his skills within videography and photography through scout trips, personal projects and volunteerism.

But, as college loomed in the near future, Oakes was undecided about where to pursue his education.

Determined to find his path, Oakes sat down with his parents to clarify what type of institution would suit him best. He knew that he wanted a small campus and a Christian institution that would provide a hands-on experience so he could further foster his skills within photography and videography.

After discovering Waynesburg University, he was confident that the school contained all of the factors he had been so desperately searching for. Oakes was confident he had found the right place to continue his education.

“Waynesburg was actually the only school I applied to,” he said.

Oakes entered the Department eager to make an impact and joined as many extracurriculars as possible to explore the various opportunities offered through the university.

“As a freshman I took it very seriously to get as involved as I could,” he said.

Through the years, Oakes has been involved within the campus television station WCTV for its weekly newscasts and has also worked with Waynesburg University Sports Network.

Throughout his education, Oakes intentionally took positions that would push him outside of his comfort zone to better himself as a student, he said.

“I wanted to do something challenging so I could grow,” he said.

His dedication to exceptional work both within and outside of the classroom earned him the competitive role of lead videographer for the Boy Scouts of America at the Philmont Scout Ranch high adventure base located in New Mexico.

Oakes first traveled to Philmont Scout Ranch as a scout at the age of 15 after years of diligent fundraising. During his summer in New Mexico, Oakes was once again able to blend his passion for photography and videography with his longtime involvement in the scouts.

“I never thought that six years later I would return to Philmont as a lead videographer,” he said.

With graduation just a few months in the distance, Oakes said he is grateful for the opportunities he has been given within the Department and through his internship experiences.

He appreciates the effort he has put into his work, as well as his peers giving him the opportunity to establish skills necessary for his future career.

“People from other schools don’t get these hands-on skills that we do,” he said. 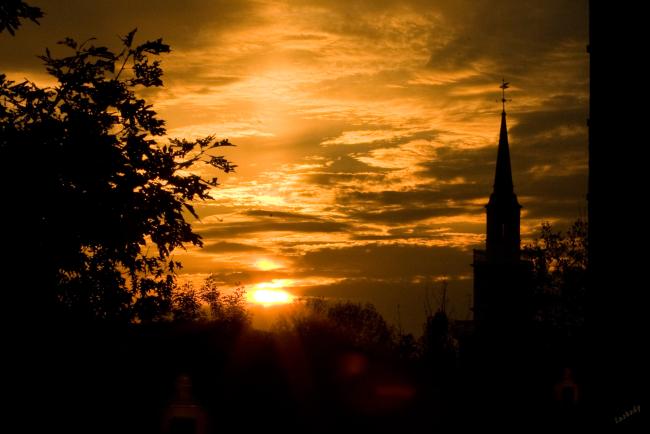