The Waynesburg University Players will present Woody Allen’s “Don’t Drink the Water,” a comedy triumph, as their summer play Friday, Aug. 2, and Saturday, Aug. 3. Both shows will be at 7:30 p.m. in the Goodwin Performing Arts Center on the University’s main campus.

Tickets cost $5 and can be purchased online at waynesburg.ticketleap.com/water; the public is cordially invited to attend.

“Don’t Drink the Water” takes place in a communist country during the early 1960s. An American family traveling abroad is forced to take refuge in an American embassy after they are suspected of being spies.

“This is a very funny play,” said Edward L. Powers, professor of theatre. “I’ve enjoyed it ever since I saw it performed by a community theatre in my hometown many years ago. Even though some of the references are dated, the situation and the characters are still hilarious.” 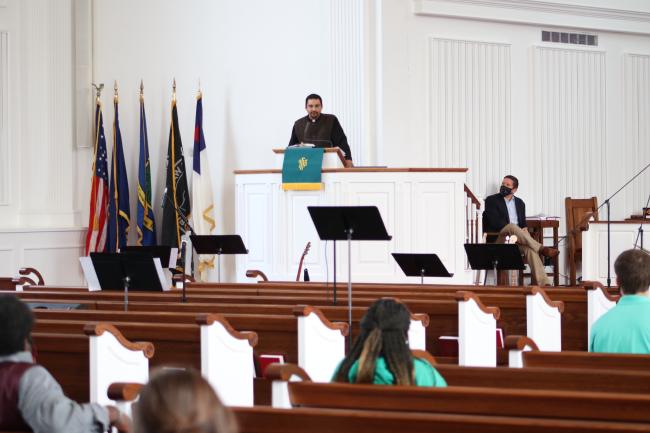