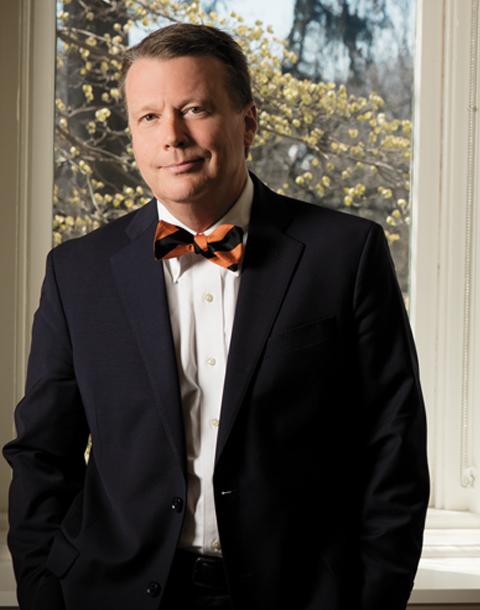 Also under Lee’s leadership, the University has been recognized regionally by the Pittsburgh Business Times as a Best Place to Work for 2015 and internationally as one of the most beautiful Christian college campuses in the world. In March 2015, the Middle States Commission on Higher Education (MSCHE) awarded Waynesburg University reaccreditation for a ten-year period, and in September 2015, the University was awarded Imani Christian Academy’s 2015 Leadership in Service Education Award. The University has also been named to the President’s Higher Education Community Service Honor Roll for eight consecutive years.

During the coronavirus pandemic, the University developed and implemented a health and safety plan that allowed for the successful completion of the 20-21 academic year in-person and on-campus without layoffs or reduction in benefits to any employees.

Lee recently led the $23 million revitalization of the Paul R. Stewart Science Hall, a major renovation project that overhauled the interior of the building and updated its exterior to match the overall architectural context of the University’s campus.

During his time as president, the University has also grown in programmatic offerings, including the Stover Center for Constitutional Studies and Moral Leadership. In addition to its undergraduate programming, the Stover Center annually hosts a continuing legal education seminar for judges, scholars and practicing attorneys at Jesus College in Cambridge, England.

The University has also implemented a Center for Entrepreneurial Leadership, chaired by Dr. Melinda Walls, the recently elected President of the United States Association of Small Business Entrepreneurs and a member of a PRAXIS subcommittee on nonprofit entrepreneurship. A Pathways Center has also been developed, focusing on integrated and comprehensive student success. Part of this new program is the University’s Achievement Academy, which offers college courses to high school students as well as seminars and other services to post graduates.

Lee has served as the Chair of the Presidents' Athletic Conference (PAC) Presidents' Council and on the Board of Directors for the Association of Independent Colleges & Universities of Pennsylvania (AICUP). He was recently appointed to the NCAA Division III Board of Governors and currently serves as chairperson for AICUP Member Services.

Lee received a peer-reviewed "Very High Rating in Both Legal Ability & Ethical Standards" from Martindale Hubbell in 2022. He was selected as an awardee of the Pittsburgh Business Times 2017 Outstanding CEO’s and Top Executives. He was a co-recipient of the Southpointe CEO Association’s World Class CEO Award for 2016 and was named to The Pennsylvania Business Central's Top 100 People list of 2013. He was also the recipient of the Boy Scouts of America’s (BSA) General Greene District of the Laurel Highlands Council's 2015 Good Citizen Award and has been recognized in The Best Lawyers in America®, having spoken and written extensively on workers' compensation and labor and employment law topics.

The Charleroi, Pa., native and son of the late Gilbert G. Lee Jr. and Donna Duvall Lee is a 1977 graduate of Charleroi Area High School and a 1981 graduate of Waynesburg University. After graduation, he formed a multi-line insurance business, building the business while also attending law school. Lee sold the business upon graduation from law school and joined the law firm of Steptoe and Johnson. He became a partner in the firm in 1998 and managed a practice group consisting of nine attorneys and 15 paralegals.

During this time, he remained active at Waynesburg University and was instrumental in the formation of the University's Alumni Council. Dedicated to his alma mater, Lee served as a member of the Board of Trustees including Chair of the Academic Matters Committee and Board Secretary.

He is an elder at the Presbyterian Church, has served on the Greene County Planning Commission and is a graduate of Leadership West Virginia. He is an Eagle Scout, has served on the Executive Board for the Mountaineer Area Council Boy Scouts of America and is a member of the Fort Jackson Chapter, Sons of the American Revolution.

Lee has served on the Board of Directors for the Union Rescue Mission in Fairmont, W.Va., the Harrison County Bar Association Board of Directors, the Westminster Foundation of West Virginia and the Howe Cemetery Board. He was a volunteer fireman for more than 13 years.

An endurance athlete, Lee is a finisher of three Ironman Triathlons and six marathons, including the Marine Corps Marathon and Death Valley Marathon.

He is married to his high school sweetheart, Kathryn, and they have two children and two grandchildren.