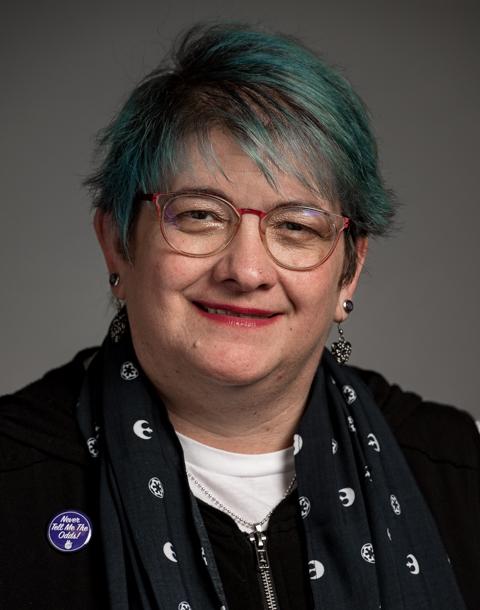 Dr. Jamie Dessart loves reading medieval literature, studying fans and fandoms, and writing urban fantasy. She breathlessly waits for the next Marvel movie and sings praise songs in the hallway of Buhl Hall. A long-time student of popular culture, she blows open the doors of her classroom to include everything from The Canterbury Tales to Star Trek. Trained as a medievalist at the University of Kentucky where she earned her Ph.D, Dr. Jamie’s undergraduate degree of a Bachelor of Science in Communications prepared her to be a critical consumer of news and novels.

As a member of the Popular Culture Association, Dr. Jamie presents her scholarship on theory of trans-structuralism in science fiction and fantasy; she also mentors Waynesburg students, taking them to present at the PCA National Conference every year. She teaches inside-out composition classes, gender studies, literary theory, and British Literature. Her general education courses include topics like The Marvel Cinematic Universe and Classic Literature, The Anti-hero in Literature and Film, Science Fiction/Science Fact, and King Arthur. Ask any student who’s had a class with her and they’ll say her interests include music, memes, Supernatural, and Clint Barton, aka Hawkeye. She is the mother of two amazing daughters, wife of a engineer-in-shining armor, and as Southern as sweet tea.