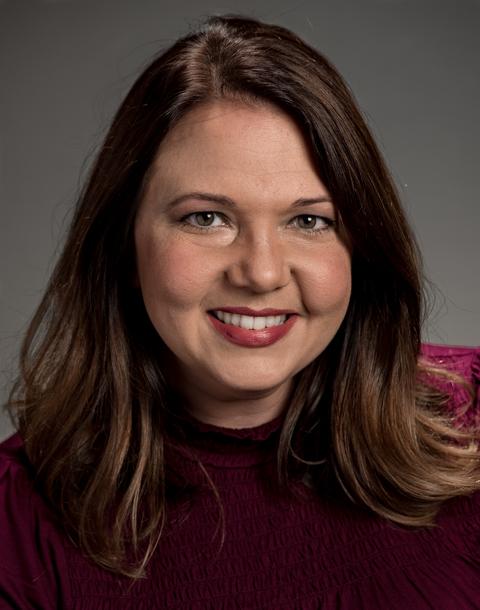 Melinda Roeder Skrbin joined the Department of Communication faculty in 2016.

She has more than 20 years of experience in broadcast journalism, covering the news in places like Atlanta, GA; Baltimore, MD; Lexington, KY; and Evansville, IN.  She has earned several awards for her work in both TV and radio, including 13 regional Emmy© awards, 7 Edward R. Murrow awards, and dozens of honors from the Associated Press.

She has covered several major events including the inaugurations of President Obama and President George W. Bush, the plane crash of Comair Flight 5191, the execution of Oklahoma City bomber Timothy McVeigh, Hurricane Sandy and Hurricane Katrina, and three Super Bowls.

Melinda continues to serve as a national Scholarship Committee chair for NATAS (National Academy of Television News and Science). You can also hear her report on KDKA Radio where she is a freelance contributor.

Melinda earned her bachelor’s degree in Broadcast Journalism from Duquesne University and a master’s degree in Communication and Leadership Studies from Gonzaga University.

She currently serves as the faculty advisor for WCTV, our television station that operates from Buhl Hall.