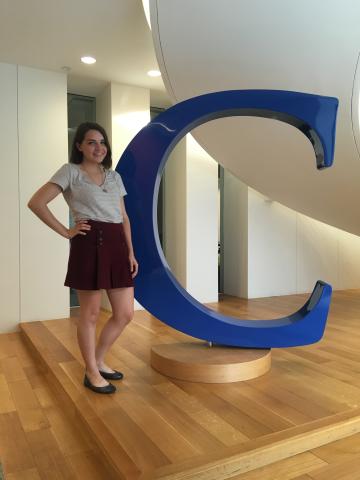 This past summer, I was blessed to work for The Chronicle of Higher Education, the country’s number one news outlet for all-things higher education. During my internship, I had the same basic duties and responsibilities as a staff reporter: monitoring colleges and universities for important events, policy changes and controversy. I contacted sources, conducted interviews and wrote in-depth articles for publication online and in print.

I was excited to find out that reporting on higher education was limitless – within a few weeks, I found that every aspect of society—politics, the environment, economics—has a higher education angle. At The Chronicle, I wrote about campus sexual assault, race relations, building code violations; I reported on division at Yale Law School over Justice Kavanaugh’s nomination to the Supreme Court, systemic misogyny in student evaluation of female professors and more.

The stories I wrote, while the action occurred inside the realm of colleges and universities, was applicable on a larger scale. It was exciting to write important stories of national interest, even before graduating from college.

I know that my education at Waynesburg has prepared me well, and I am excited to enter the professional world.

I also bonded with my coworkers, who were some of the most talented reporters and writers I’ve ever met. I had only been working for two weeks when I was invited to join 11 other reporters and managing editors on their annual Ragnar race (a 200-mile relay race: a lot of running, driving and not sleeping over the course of about 24 hours). Not only did my coworkers become my friends, but they were incredible mentors. I grew so much in my affinity for reporting and my writing ability, solely from the constant advice and guidance of The Chronicle’s editors.

Having completed this experience, I am eternally grateful to the individuals at Waynesburg University who prepared me for success. I entered the journalism field in a period fraught with controversy over media ethics and the role of journalism in society and democracy. I really had no idea what I was getting into – like most freshmen, I had a very general idea of what I wanted to do with my career.

But something shifted during the past four years. Faculty in the Department of Communication did not simply teach me about the reporting process and ethics; they inspired a passion for the truth and honesty, for learning people’s stories, giving a voice to the voiceless. It was more than a love for writing – it was a fervor for the entire craft.

I am just one short semester away from leaving the place I’ve called ‘home’ for the past four years, which can be a nerve-wracking and anxiety-ridden period. Like most students during this time of uncertainty, I used to fear the time after college. This place has shaped who I am, as a reporter and as a person. It is bittersweet to leave Waynesburg University behind. My internship, however, has given me confidence. I know that my education at Waynesburg has prepared me well, and I am excited to enter the professional world.

To learn more about the areas of study in the Department of Communication, click below.