“It truly is an honor just to be nominated, but to receive six nominations in one year is a remarkable feat for WCTV, and I am very proud of my students for this accomplishment,” said Melinda Roeder-Skrbin, instructor of communication. “We are competing against many other universities with much larger enrollments, but our student work is a testament to our drive and commitment to producing quality content.”

The Student Production Awards, also known as the Student Emmys, were virtually announced Saturday, Sept. 25, at the Regional Emmys hosted by NATAS. The entries submitted and recognized represented a variety of content, including coverage of local sports, businesses, politics, agriculture and tourism.

The following entries were nominated:

Out of the six nominations, WCTV received one Student Emmy for its long-form production of “The Waynesburg Effect: Election Night 2020.”

NATAS, an American professional service organization, annually awards and recognizes outstanding achievements and excellence in television and the media industry. Emmy Statutes as well as Student Emmys are the most coveted awards in professional production. The awards are aimed to incentivize continued excellence in the field of media.

Buhl Hall, which houses the Department of Communication. 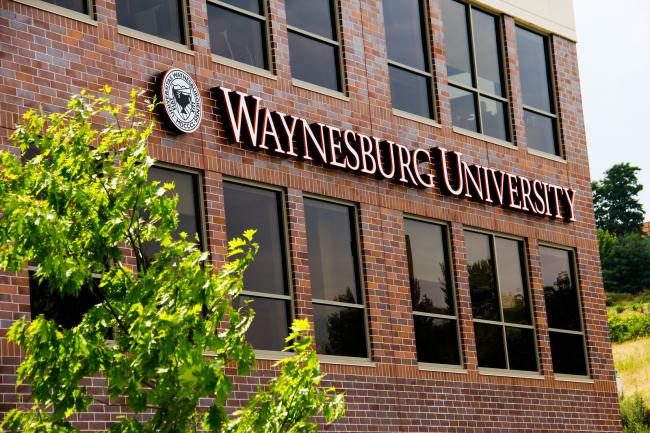